A grateful client gives back to Windmill – first as a mentor, then as a donor 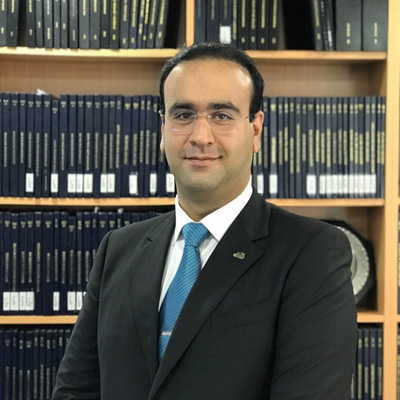 In 2018, Amir Fateh, Ph.D., P.Eng., PMP, C.E.T, CPEM, SMC, arrived in North York, Ontario, with his three-year-old daughter. Before moving to Canada, he worked as a university professor and a structural engineer for six years in Malaysia.

Once in Canada, Amir went through many ups and downs in his personal and professional life. For over a year, he was unemployed and became an Uber driver to make ends meet. Amir was often turned away from jobs because he was overqualified, so he sometimes had to remove his hard-earned Ph.D. from his resume.

To improve his odds of finding a job as an engineer, Amir wanted to do some training and learned he required a Canadian certification, but money was tight. A friend referred him to Windmill Microlending, and he used a loan to pay for it.

In 2019, Amir started working at Comtech Group as a construction coordinator and last year was promoted to construction engineer.

After paying the loan, Amir signed up to be a mentor through our Mentorship Program. He believes it is a valuable resource for immigrant professionals trying to establish themselves in Canada.

Having experienced first-hand the impact a Windmill loan has on our clients, Amir recently decided to make a personal donation. He hopes that by giving back, he will be able to help more immigrants turn their potential into prosperity.

Wanting to do, even more, Amir told his company about Windmill and how we help skilled immigrants continue their careers in Canada. His employer was happy to make a generous donation.

In just a few months, Amir will be applying for his Canadian citizenship, and we look forward to celebrating that special day with him!

“When Amir came to Windmill, he was very close to achieving his goal; just needed a little help. We are proud of his achievements and delighted because he chose to give back to Windmill as a mentor and donor. Amir is the perfect example of what success looks like for our clients,” Musenga Simwawa, Amir’s Client Success Coach.

To Amir and Comtech, thank you so much for your support!