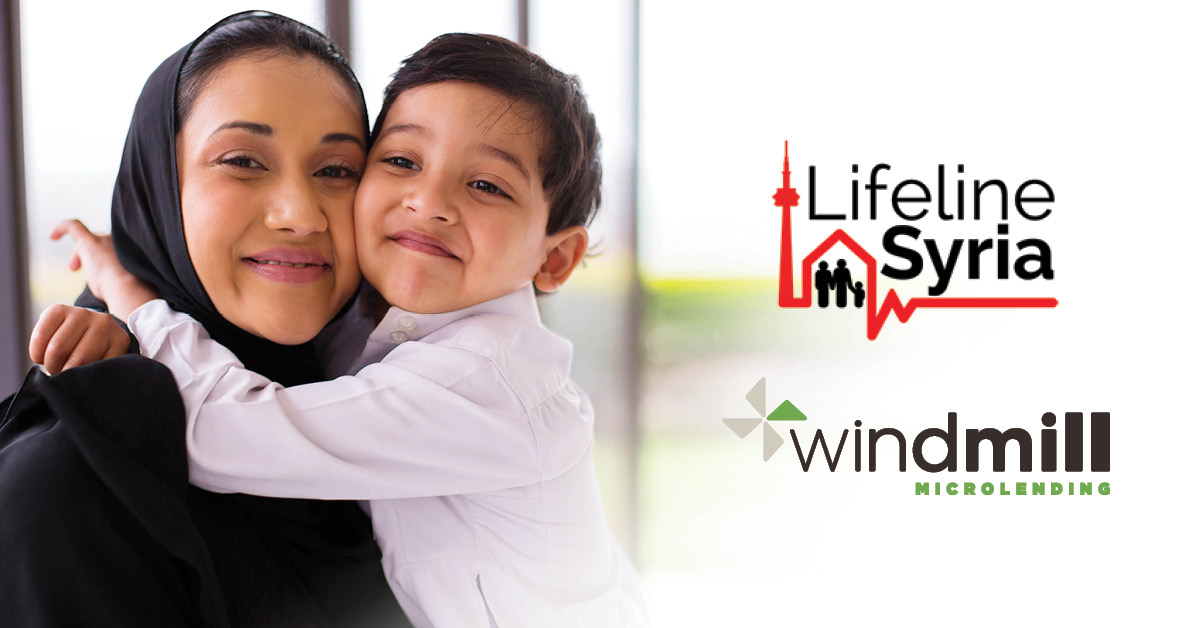 Challenge issued to leverage gift of $100,000 into $400,000 for microloans to pay for Canadian accreditation

Toronto – As part of its ongoing commitment to supporting privately sponsored Syrian newcomers and refugees, Lifeline Syria is pledging $100,000 from the Lifeline Syria Fund (hosted at the Toronto Foundation) to Windmill Microlending and issuing a challenge to the philanthropic community to multiply its gift. Windmill Microlending, a Canadian charity, provides loans to help newcomers pay for the credentials they need to continue their careers in Canada. Under Windmill’s program, refugees pay no interest on their loans.

“For Syrian refugees who have successfully reached Canada, theirs is an ongoing journey. They are eager to work to rebuild their lives and re-start their careers and “give back” to Canada,” said Mohammad Al Zaibak, President and CEO of Lifeline Syria. “Windmill’s model has been proven to help newcomers get back into their careers, increase their incomes and achieve economic integration. We challenge others to join us to support the Canadian Syrian community in this way.”

Donations totaling $400,000 would support loans for at least 40 Syrian newcomers and refugees. Under Windmill’s model, loan repayments are funneled back into new loans, so this gift will continue to provide loans for years to come.

“Lifeline Syria has been instrumental to Canada’s efforts during the Syrian refugee crisis over the past few years, and this gift will help Syrian newcomers and refugees who are now ready to upgrade their credentials and restart the careers they have left behind,” said Windmill CEO, Claudia Hepburn. “Getting Canadian credentials is an important step towards economic independence and community integration.”

Since 2005, Windmill Microlending has helped 4000 skilled immigrants and refugees restart their careers by offering over $25M in loans. The repayment rate on Windmill loans is over 97% and borrowers, on average, triple their income by the time their loans are repaid. Over half of Windmill’s refugee clients are unemployed when they apply for a loan from Windmill, and the average annual income of the rest is only $12,225. Interest on loans to refugees is covered by Windmill via donations from the community.

In Fall 2018, Lifeline Syria partnered with UNHCR and RSTP and donated nearly $500,000 from the Lifeline Syria Fund (hosted at the Toronto Foundation) that enabled private sponsorship of an additional 100 Syrian refugees to resettle across Canada by the end of 2018 under the Canada Blended Visa Office-Referred (BVOR) program.